There are many academies present in Pakistan which give guidance and help students to get good marks in the ISSB test Preparation. ISSB test is necessary for all students who want to enter the Air force, Pak Army and Navy. These tests are similar but are a little different from the written test of ISSB.

Students have to pass two tests, one is an initial test, and the second one is the ISSB test. They got good marks on the initial test but could not qualify for the ISSB test. Due to this reason, issb test preparation academy is the best choice for candidates.

The primary purpose of the ISSB test is to select students for all Army test selection. After passing the initial test, students went on a trip to the ISSB center. This is a 4-days trip. These days candidates get examined by four different tests, which are as follows,

To pass these tests, I prepare the Best Academy For ISSB Preparation in Pakistan list in Lahore, Multan, Rawalpindi, Islamabad, Karachi, Islamabad, and Faisalabad.

Although many academics and institutes are present in Lahore, the best issb preparation academy in Lahore. But I recommend you these academies for the ISSB test preparation.

Forces Coaching Academy Lahore is the best Academy for ISSB test preparation in Lahore. Many students got good marks with their guidance.

Punjab Cadet Academy is located in Lahore city. It offers ISSB and PMA preparation courses to all students. It is also the best Academy for Preparation.

This Academy helps you to prepare and guide related to the ISSB test. Pak Defence Coaching Center provides courses related to Pakistan Army, Pakistan Navy, and Pakistan Air force. It is a good institute of ISSB test preparation. This Academy prepares students for PMA, PAF Risalpur, and PN Academy.

Some academy in Multan, Pakistan, provides good guidance and Preparation to south Punjab students. You can join any academy which is nearest to you before going to the ISSB test.

This institute provides Pakistan Navy, Pakistan Army, and Pakistan air force courses. They prepare you for the initial test and for the ISSB test. It is also the best Academy for ISSB preparation in Pakistan. They prepare initial and ISSB tests as per the syllabus. It also includes indoor and outdoor training.

On 11th September 1965, Col Muhammad Saeed was commissioned in Pak Army. He has an excellent experience in ISSB training and selection. He remained a commandant of cadet college since 1986. Candidates of more than 1000 are selected as cadets in Pak Navy, Pakistan Air Force, and PMA. The selection of these candidates is under the supervision of Col Saeed due to good training, guidance, and leadership.

The oldest Academy of Karachi prepares students for the ISSB test preparation. It helps students in written tests, interviews, and improvement in body language, including physical tests.

This Academy is also in Karachi and has the best Reviews from learning students. You can also visit there or read their reviews.

This Academy was founded in 2018. They are helping students to pass the ISSB test and prepare for Army selection. You should join this Academy for preparing the initial test and ISSB preparation in Faisalabad.

In Pakistan, students living in sawabi also learn in their city for ISSB preparation. Students can join the Academy for PMA, Navy, and Air force preparation.

Lion Forces Academy is the best Academy for ISSB Preparation in Pakistan. They offer all types of courses and Preparation for ISSB and initial tests. It was founded in 2017 and provided the first online platform for Preparation. They claim hundreds of students studied here and become successful in their life.

Top 10 Best Academy for ISSB preparation all over Pakistan

If you are still confused, you can watch this youtube video to make the right decision.

p style=”text-align: left;”>I try to provide Pakistan’s best Academy for ISSB preparation in this article. These academies are the best as students give good reviews for these academies. You can select any academy which is nearest to your home. If you are still confused, choose any academy, read their google reviews, and decide which is better for you.

p style=”text-align: left;”>You can also use Whatsapp and Facebook groups if you further want to investigate your favorite ISSB preparation academy. Personally contact them or simply make a post to get other reviews about that Academy. Hope I could provide you better suggestions. Thanks!

I listed the best Academy in Pakistan that provides you with the best ISSB preparation materials. This is based on their excellent reviews. {alertInfo} 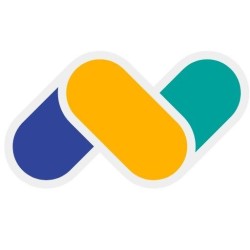